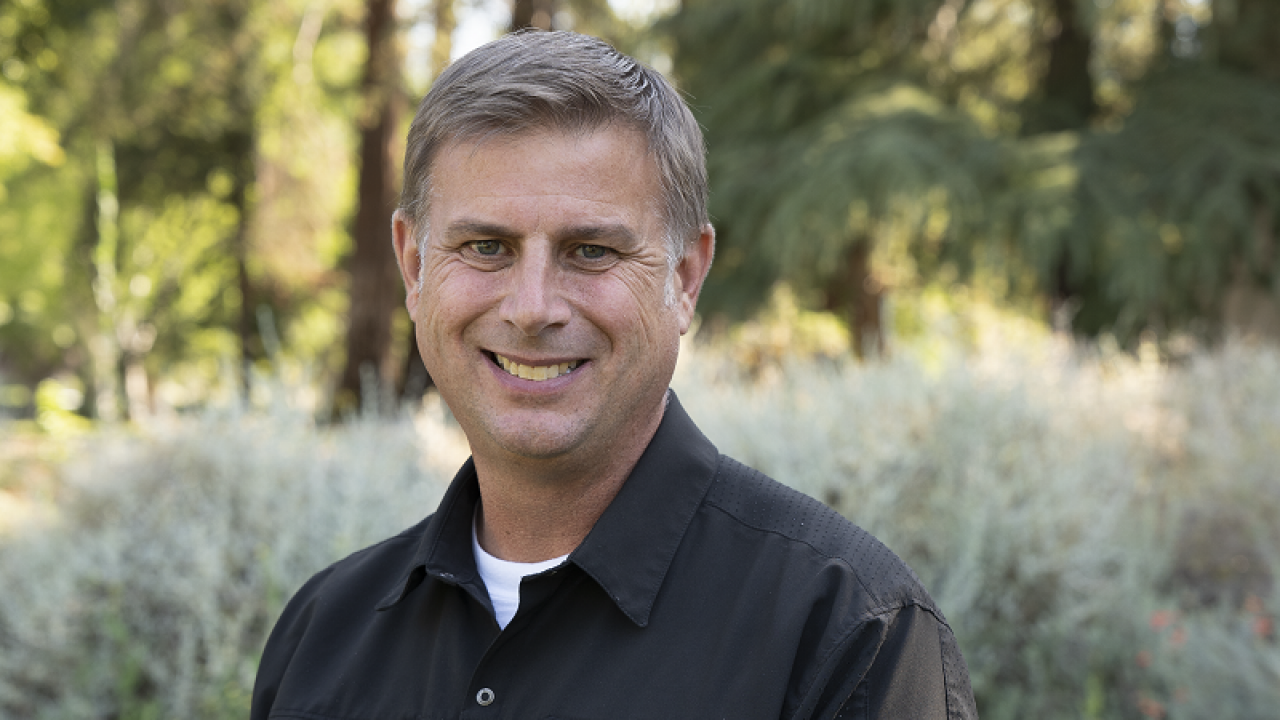 Tim Annis has been promoted to UC Davis Fire Marshal, where he will oversee the Fire Prevention Services department within Safety Services.

Tim Annis succeeds Jim Patterson, who retired in June after nearly 14 years at UC Davis, with responsibility for state-regulated ﬁre prevention services on the Davis campus, including code enforcement that ensures life and property protection.

Annis joined UC Davis in late 2017 as the Deputy Campus Fire Marshal. It was his first position with UC Davis, but not far from his prior position as Division Chief with the City of Davis Fire Department. There, Annis had the opportunity to work in a variety of shared management positions in various area fire departments, including serving as Fire Marshal for the City of Davis, City of Woodland, and fire protection plan reviewer for Yolo County Fire Protection Districts.

“Both myself and the hiring committee recognized Tim’s depth of experience and caring he brings to this campus and our community," noted Eric Kvigne, Associate Vice Chancellor for Safety Services. "Tim's prior experience as Fire Marshal for the City of Davis, combined with the relationships already built at UCD will ensure a smooth transition and uninterrupted fire prevention services for UCD.”

Annis’ tenure at UC Davis has been marked by substantial construction projects – everywhere. Annis and his colleagues helped review the fire plans for the expansion of West Village and the Teaching and Learning Center, among many others, while also inspecting every campus facility annually.

Now, under Tim’s leadership, Fire Prevention Services is under construction itself – rebuilding the office both literally and figuratively. Fire Prevention is a team of five and between onboarding new Hazardous Materials Specialist, Audrey Sulkanen, in May and now beginning to backfill Tim’s former position – Fire Prevention is experiencing transition that Annis welcomes.

“Developing my team is a top priority, and I want each of them to feel empowered to make decisions that keep the university’s business safely moving forward,” remarked Annis. “As campus activity increases this fall, our team is expecting a barrage of questions and everyone will need to be ready because customer service is also atop my priority list.”

In 2020, Annis helped Fire Prevention attain accreditation from the International Accreditation Service, which involves an assessment of the department’s goals, policies, and procedures for code administration, plan review and inspection.

”It was important that we stretched as a department to earn that accreditation, which no other university has,” remarked Annis. “By developing as professionals and as a team, we can make better use of our different perspectives and backgrounds to do what’s best for the campus.”

Annis appreciates the critical role his department plays in outreach to the UC Davis community – which includes employees, visitors and full-time residents. In addition to redoubling efforts at community education in partnership with the UC Davis Fire Department, Annis wants to start conversations with campus partners.

“I have an open communications style, which basically means that I want to hear from everyone who has fire safety questions,” asserted Annis. “Our team is super talented and I would love if people reached out immediately instead of sitting on their question.”

Annis is active in two State Fire Marshal Training Cadres, developing fire prevention curriculum for the Company Officer and Fire Marshal Certification tracks. He currently holds two certifications through the State Fire Marshal’s Office: Fire Marshal and Chief Officer. Annis also served for eight years as a member of the Executive Board for the Northern Division of the California Fire Chiefs’ Association - Fire Prevention Section, as well as serving as President in 2014.

Tim and his wife, Angela, have five children, ages 17-28. Outside of work, Tim enjoys home remodeling projects, including preparations for hosting backyard weddings for two of his sons this summer. Tim also enjoys working on boats and vehicles, but never one he relies on for daily transportation.